Guitarist Jurgen Burdorf (The Netherlands, 1980) is a musical omnivore.
In march 2018, Jurgens new album ‘Picking Up Steam’ was released. It’s the third album that Jurgen releases within just three years.
‘Picking Up Steam’ contains eleven self-written instrumentals with Jurgen’s characterisic blend of jazz, rock and Americana. Jurgen is a big fan of 20th century classical music and that can be heard in some of the melodies.
All About Jazz.com calls the album a ‘juicy set of fusion tunes’ with ‘terrific musicianship and memorable memories’.
The album picks up where it’s predecessors, ‘Opening Lines’ (2016) and ‘Straight Up Guitar’ (2017), left off. With a sound that conveys more self-confidence and energy as a result.
On the album Jurgen is helped out by Tico Pierhagen on keys, Hugo den Oudsten on bass guitar and Willem Smid on drums. Percussionist Gijs Anders van Straalen plays on five tracks and on the last track of the album, a fast country song, pedalsteel player André Sommers gets the spotlight.
The album was recorded in two days in the famous Dutch facility Wisseloord Studio’s.
The technical team has been constant for all three albums and consists of Tom Gelissen as recording and mix engineer and Grammy Award winner Bastiaan Kuijt as mastering engineer.

Playing live is what Jurgen and his Jurgen Burdorf Band are all about. They played Dutch jazz festivals Jazz In Duketown in 2016 and 2018 and Amsterdam festival Red Light Jazz in 2017.

Quotes from reviews:
‘‘Straight Up Guitar’ features nicely writtten compositions and is certain to go well with listeners of Steve Lukather, but also Mark Knopfler.’, ‘Burdorf is a gifted guitar player and well capable of filling an album as a primary soloist. The music remains fascinating with no place for boredom.’, ‘As a European musician, there’s no need to bow down to Americans, is what these men show.’, ‘A nice, good sounding, laid-back guitar album’ , ‘screaming solos’ en ‘contagious compositions’. ‘Burdorf is not only a technically prolific guitarist with a very nice sound, but he also managed to write ten clever compositions with a lot of variety and euphonity.’
Apart from these reviews, there’s been substantial attention for the albums on Sublime FM (Dutch Jazz Radio), in the magazine Heaven and on Bluesmagazine.nl.

Biography:
When Jurgen first heard Mark Knopfler when he was nine, he decided to start playing the guitar. Others of his guitar heroes are Bill Frisell, Steve Lukather and Dutch master Eef Albers. Jurgen studied jazz guitar at the Conservatory of Amsterdam, but never became fixated on one style of music. In the course of years he played indiepop with Janne Schra (album, tour and national TV), contemporary composed music by ao Oene van Geel, Chiel Meijering en Steven Kamperman in theatre plays by Holland Opera, country in a tribute to Dolly Parton (also playing the mandolin), in musicals ‘The Lion King’, ‘Jersey Boys’ and ‘Billy Elliot’ and jazz in de show ‘From Sammy With Love’. In his spare time he likes to listen to music by Béla Bartók and Olivier Messiaen. In short, in Jurgens world there are no borders between genres and something to learn can be found everywhere. 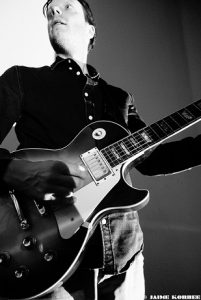 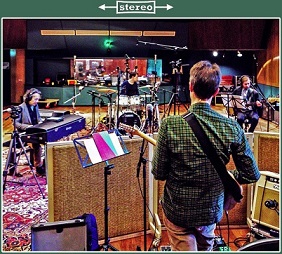